SANTA MONICA, Calif., —The Milken Scholars, a joint initiative of the Milken Institute and the Milken Family Foundation, has chosen four extraordinary students from Washington, D.C. schools for its 2018 scholarship program after a rigorous nomination, application and interview process. Open to college-bound high school seniors in Washington, D.C., Los Angeles County and New York City, Milken Scholars are selected based on academic performance, community service, leadership and their ability to persevere in the face of personal challenges.

"The best part of the Milken Scholars Program is that the Scholars have access to mentoring, connections, and support from the entire Milken network, which includes leaders at the highest levels in every professional field," said Simone Friedman of EJF Philanthropies, which sponsors the D.C. Milken Scholars.

Mike and Lori Milken founded the Milken Scholars Program to promote and assist young people as they navigate the transitions from high school to college and from college to graduate school or the world of work. Recipients receive a $10,000 scholarship, but more importantly they gain a lifelong support system that includes ongoing career-related counseling, assistance in securing internships, opportunities for community service and a fund to assist their pursuit of post-undergraduate career goals.

"In the nearly three decades since Lori and I cofounded the Milken Scholars Program, these leaders of tomorrow have consistently inspired us by their achievements, leadership and dedication to service," said Milken Institute Chairman Mike Milken. "This year's class of outstanding Washington, D.C. Scholars is no exception. In welcoming them to the Milken Scholars family, we are confident they can change the world." 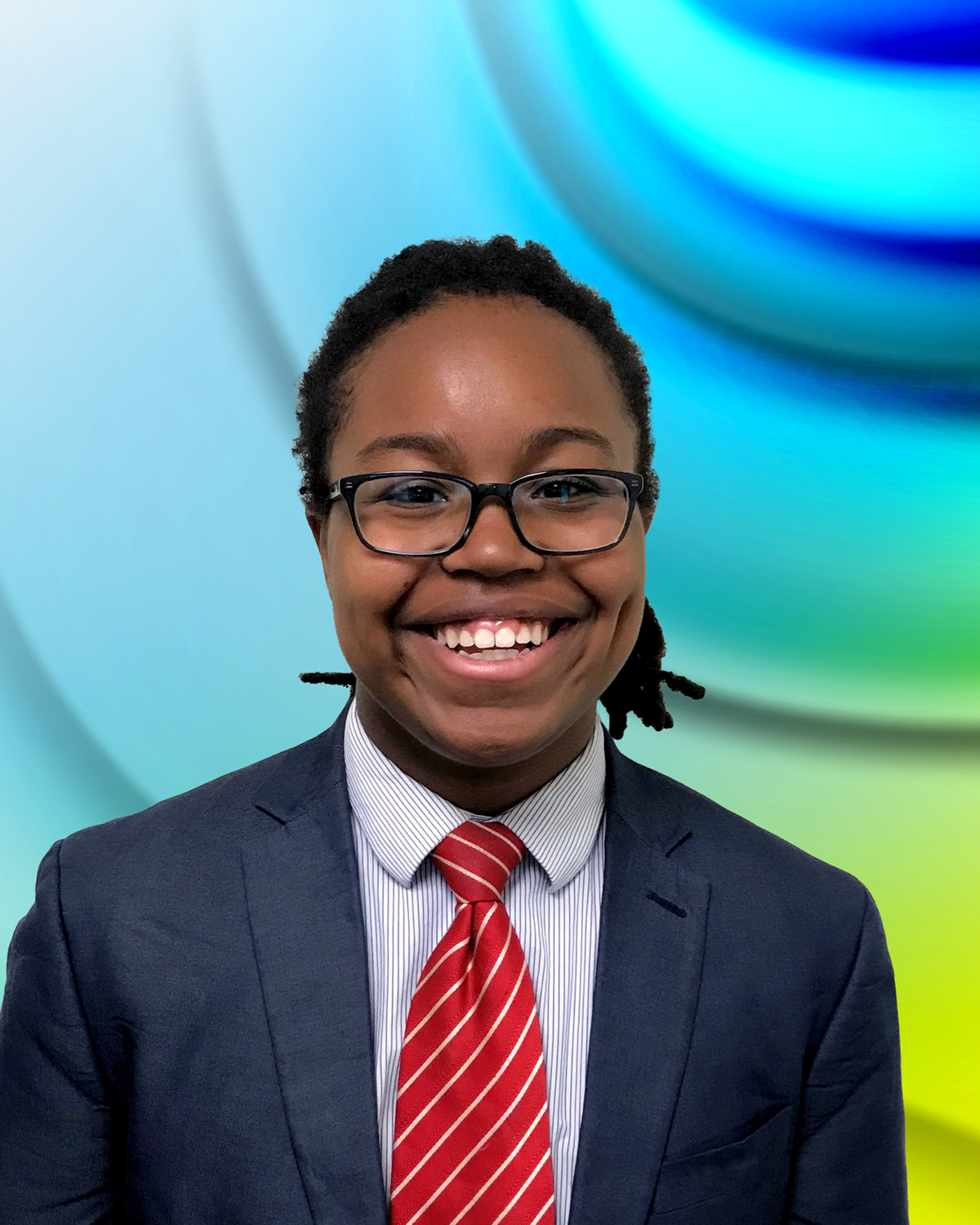 Kofi Bulluck has an intense passion for civil debate, the exchange of ideas, politics, and public service. Elected the District of Columbia's youth mayor in the YMCA's Youth and Government Program, Kofi wrote and passed bills on preventing gentrification-related homelessness and renaming Columbus Day to Indigenous Peoples' Day. As mayor, he was responsible for reading hundreds of bills and approving those with the potential to make the greatest impact.

A graduate of School Without Walls (SWW) Senior High School in Washington, D.C, Kofi is a National Merit Commended Scholar and a member of the National Honor Society and National Latin Honor Society. He was a finalist in the Marshall Brennan Moot Court Competition and earned both a gold medal and a perfect score recognition on the National Latin Exam. As president of SWW's Young Democrats, Kofi attended city meetings and registered young voters. He nurtured leadership skills in other students with the Hugh O'Brian Youth Leadership Program (HOBY) and traveled to Chicago on the World Leadership Congress Scholarship. Last summer Kofi studied protein expression at the NIH's National Heart, Lung, and Blood Institute.

Kofi has studied Latin, French, and Arabic, and has traveled to India, Switzerland, the Netherlands and Italy. He maps uncharted areas for Peace Corps volunteers working abroad and has taught Aikido and chess to children. For his senior research project, Kofi explored the concept of a negative income tax to support people living in poverty.

Kofi will attend Yale and plans a career in public policy. 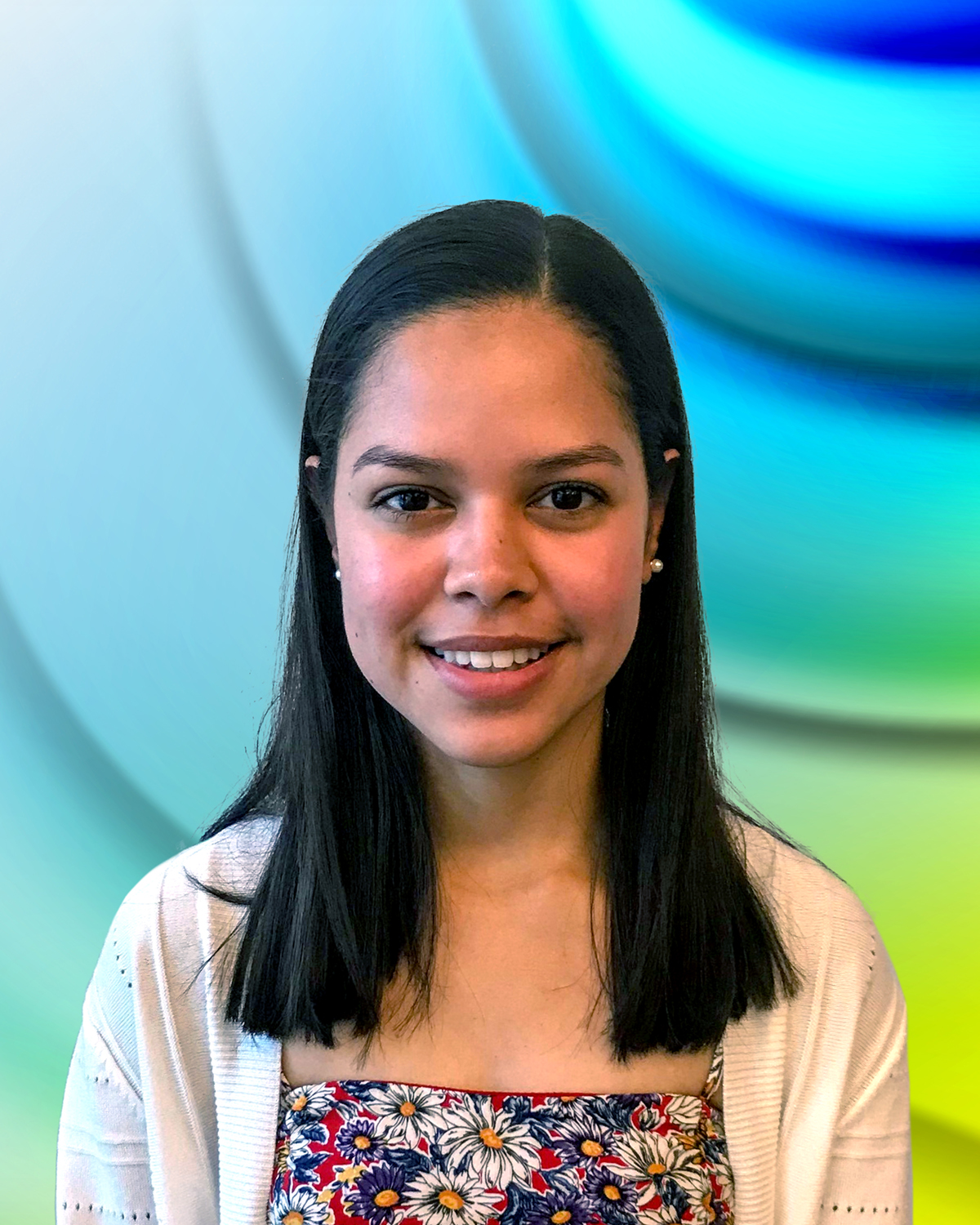 For four years, Andrea Escoto, a graduate of National Cathedral School in Washington, D.C., represented her peers on her school's Equity Board, a branch of student government dedicated to creating conversations about equity. Known for her commitment to social justice and diversity, Andrea has planned and facilitated school events like the annual Diversity Forum, a day-long discussion for students and faculty. She was a member of the Gender-Sexuality Alliance, focused on increasing awareness of LGBTQ issues among all students. When the National Museum of African American History and Culture opened, Andrea snared coveted tickets and organized a visit with classmates.

Andrea is a QuestBridge College Prep Scholar and was recognized by the National Hispanic Recognition Program. She won the Rensselaer Medal from Rensselaer Polytechnic Institute and has earned multiple honors in the Grand Concours, the national French language exam, including bronze, silver and gold medals. Andrea also received the Award for Excellence in Literature from The National Society of Arts and Letters and served as associate editor of Half-In-Earnest, National Cathedral's literary magazine.

Known for her scientist's reasoning, humanist's perception and insatiable curiosity, Andrea researched the 1918 influenza epidemic for a history project, examining the responses of local and federal governments and how their actions influenced the city's future health policies. With the new Cyberpatriots club, Andrea located and corrected cybersecurity threats to virtual operating systems during six-hour-long competitions. She was president of the new Roller Skating Club and competed on the varsity Competitive Climbing team.

Andrea will study physics at Princeton and plans a career in cardiology. 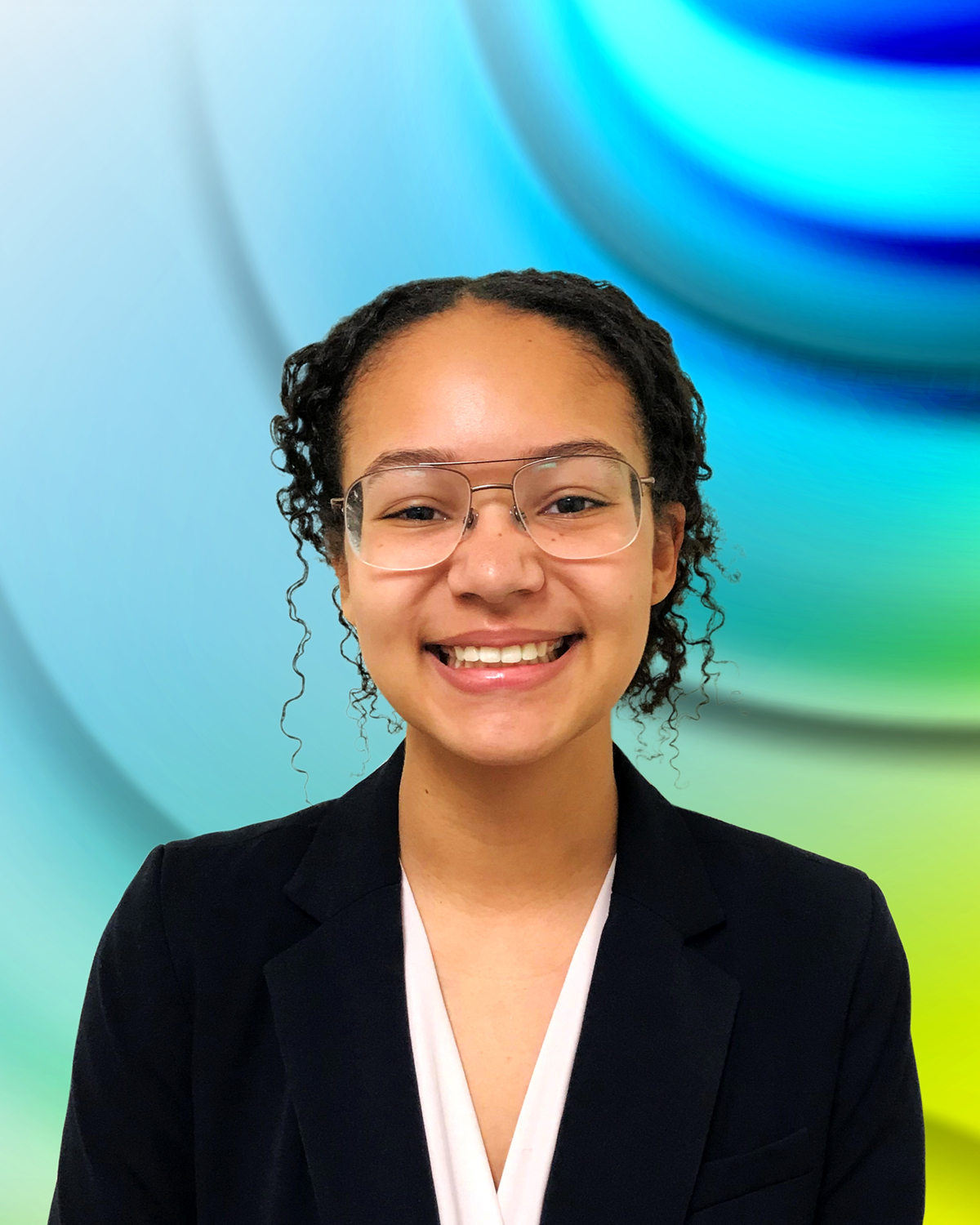 Samantha O'Sullivan, a graduate of School Without Walls Senior High School in Washington, D.C., reaches for the stars—literally. As a research assistant in George Washington University's Astrophysics Lab, she analyzed satellite images and data to investigate the properties of fast-moving pulsars, including velocity, orientation and location. Samantha co-authored a poster based on her research for the 231st American Astronomical Society annual meeting and plans to publish her findings. She works as an "Explainer" (guide) at the Smithsonian National Air & Space Museum, leading demonstrations and explaining interactive exhibits.

Samantha is a Presidential Scholar, National Merit Commended Scholar, AP Scholar with Distinction, and member of the National Honor Society. She was a delegate to the U.S. Senate Youth Program, won a Keynote Speaker Award from the National Space Club, and served three consecutive terms as class president, representing her peers' voices to school administration and planning schoolwide events like prom, graduation, spirit week, homecoming and spring fling. Samantha captained the varsity softball team and was co-president of the Natural Beauty Club, leading discussions about beauty and culture in the black community. As her Gold Award project for the Girl Scouts, Samantha founded STEM Up!, an after-school program at a local middle school to engage African American girls in science and math; she led participants in activities like building "gravity cars" with robotics kits to explore gravity and friction. Samantha is developing curriculum and building a plan of succession for the program to ensure it will continue after she graduates.

Samantha plans to study physics and government at Harvard in preparation for a career in astrophysics and public service. 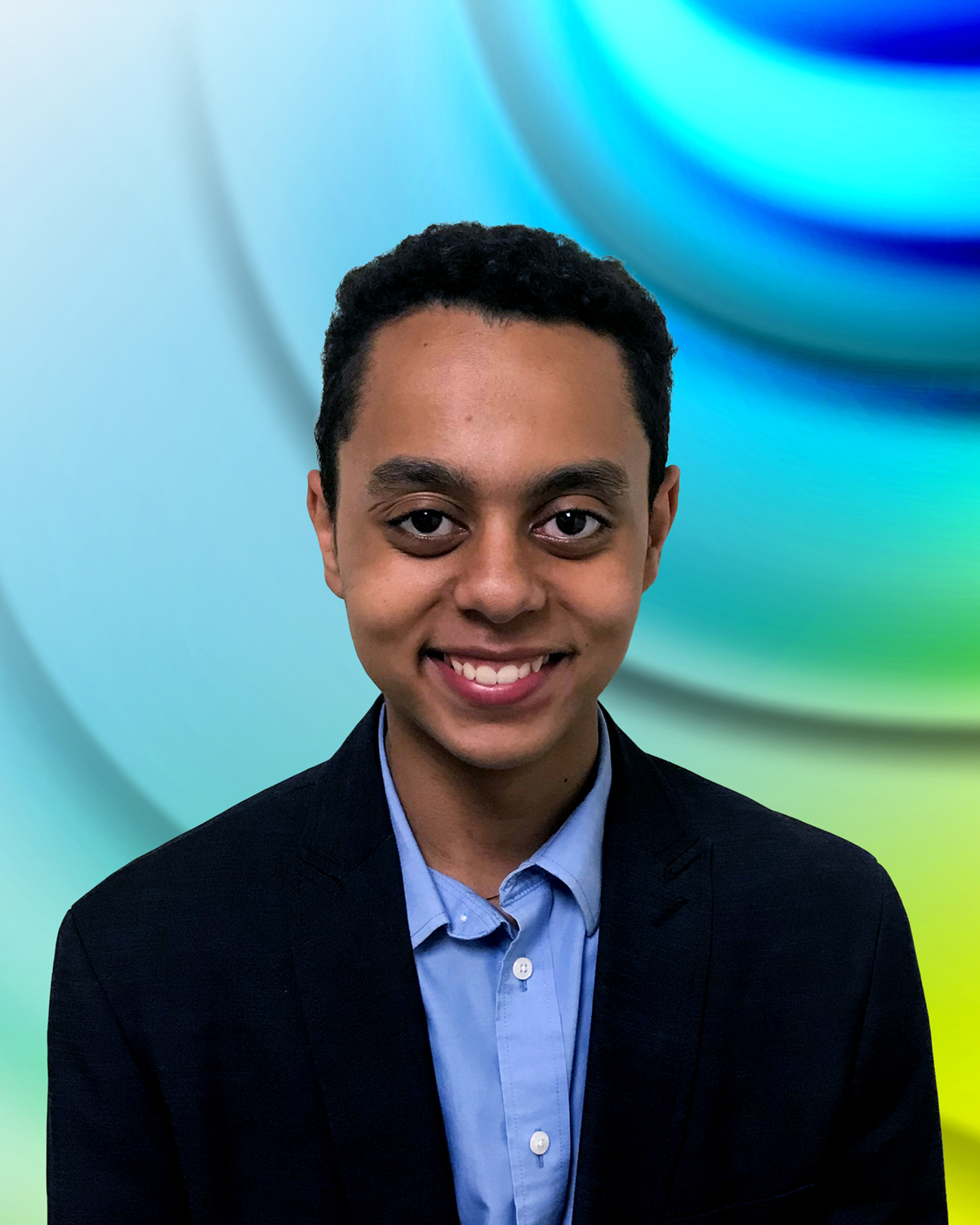 In Noah Yared's junior year, the Robotics Club at Washington, D.C.'s School Without Walls Senior High School was in a bind. The club had lost its main sponsor and its faculty adviser, and Noah, now the captain, was the only remaining member with experience—the rest had graduated or left the club. Determined to succeed at events like the FIRST Robotics and VEX Robotics competitions, Noah dug in, got the freshmen up to speed on designing and building robots, and led the club to the same honors as the previous year.

An avid poet, Noah performs his poetry around the District at community events and open mics; he hopes to publish a compilation of his poems before he heads to college. He served as Proconsul (president) of the Latin Club; tutors classmates in physics and math; plays bass in a band that entertains at local coffee shops, nursing homes and bookstores; and volunteers at the Reading Partners and Youth Advisory Unit for Libraries by Teens.

Noah will study engineering at Caltech and plans a career in aerospace or mechanical engineering.

About the Milken Scholars
Michael and Lori Milken founded the Milken Scholars in 1989 to honor exceptional young men and women who have demonstrated the potential to make a profound difference in the world. Scholars are chosen while high school seniors on the basis of distinguished academic performance, school and community service, leadership, and evidence of having overcome personal and social obstacles. Milken Scholars receive financial assistance plus a strong support system of resources and networks during their academic and professional careers.

As of 2018, more than 400 Milken Scholars have been selected from over 175 high schools in Los Angeles County, New York City and Washington, D.C. Milken Scholars embody a variety of ages, backgrounds, and academic and professional interests, and represent elite colleges and universities in the country. Nearly one-third were born outside the United States and three-quarters have parents originating from 67 countries. Nearly half were the first in their family to attend college.

Throughout their college careers, Scholars are in regular communication with Scholars staff and each other. They meet with Foundation staff and mentors during campus visits and special events, including an annual Summit that provides guidance and insights through speakers, panels andactivities. These resources create a setting that propels these exceptional youth into a position where they can achieve their personal, academic and professional goals and, in the process, become lifelong leaders for a better world.

For more information about the Milken Scholars Program, visit www.MilkenScholars.org.