Alerting graduates to “a seismic shift” underway due to an unprecedented transfer of wealth between generations, Lowell Milken accepted an honorary Doctor of Humane Letters from Chapman University on Saturday, May 23, during commencement ceremonies at the George L. Argyros School of Business and Economics.

Alerting graduates to “a seismic shift” underway due to an unprecedented transfer of wealth between generations, Lowell Milken accepted an honorary Doctor of Humane Letters from Chapman University on Saturday, May 23, during commencement ceremonies at the George L. Argyros School of Business and Economics. 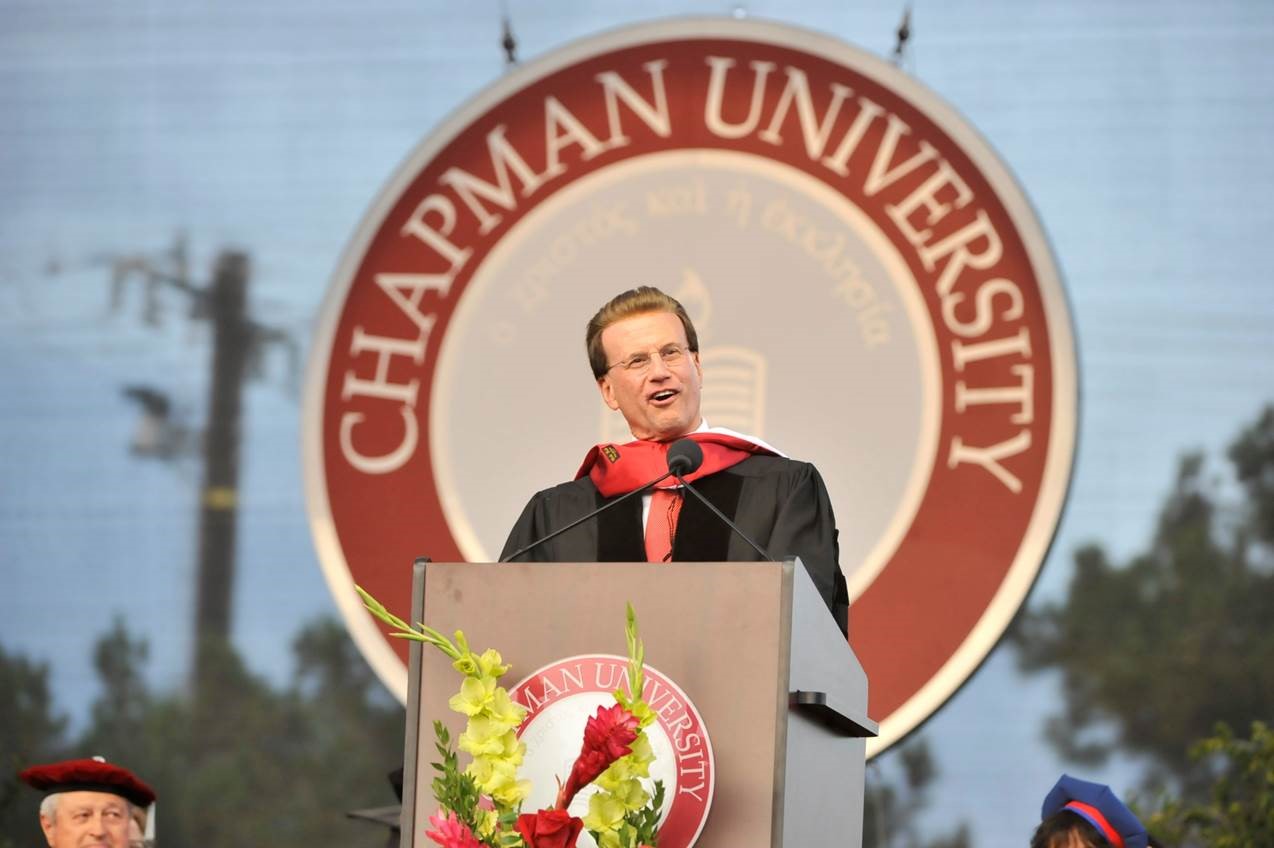 Lowell Milken addresses the 2015 graduating class of the Argyros School of Business and Economics.

The university held Lowell Milken’s career up as a model for the class of 2015, noting more than three decades of visionary contributions as a businessman who has built and led companies worldwide, and as a philanthropist who is chairman and co-founder of the Milken Family Foundation and affiliated philanthropies.

Accepting the award at the Holly and David Wilson Field on Chapman University’s campus, Lowell Milken spoke of a unique opportunity in human history for the next generation of business owners, entrepreneurs and philanthropists.

“There is, as I stand here, a seismic shift taking place. You do not feel it. But you will. And you’re likely to feel it before many of your peers precisely because of what you’ve studied and learned here at Chapman. For what’s underway is a transfer of wealth. It is the largest in history and it is coming from my generation to yours. Forty trillion dollars’ worth… I dwell on the number for a reason: the hugeness of its potential for transformative good. But I want to stress that potential is realizable only by the people on the receiving end of the transfer; if people of talent devote themselves to using this endowment constructively, imaginatively and well.”

With this in mind, Lowell Milken challenged the graduating class:

“As your career unfolds over the ensuing years, I ask you to consider applying your skills, knowledge and experiences to make the philanthropic sector as responsive to innovation as the private sector… For in this way, you will be able to answer the question, what am I doing in my life to increase the sum of hope in the world?”

That question is particularly applicable to Chapman University, which attracts scholars from more than 60 countries to its Orange, California, campus for studies across a range of disciplines. The George L. Argyros School of Business and Economics at Chapman is ranked by U.S. News & World Report as a top 100 institution in the Best Full Time MBA category, with a mission to develop business leaders who create value for their organizations by blending sound economic reasoning and a global perspective with the qualities of individual initiative, analytical skill, accountability, effective communication, and integrity. The Argyros School distinguishes itself by providing students and alumni with unmatched access to exceptional teachers and scholars, a network of top executives, and opportunities for practice-based business education in one of the nation’s most dynamic business communities. 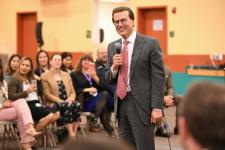 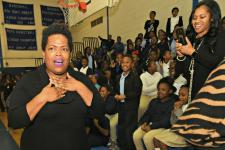