LOS ANGELES, Calif., – Following today's announcement of a pardon by President Trump, the philanthropist and financier Michael Milken said, "Lori and I, who recently celebrated our 51st wedding anniversary, along with our children and grandchildren, are very grateful to the President. We look forward to many more years of pursuing our efforts in medical research, education and public health."

Since the 1970s, Milken has been a leader in advocating and supporting increased national commitments to medical research. He co-founded the Milken Family Foundation in 1982. In addition to its health initiatives, the Foundation is known for the Milken Educator Awards, America's preeminent teacher recognition program, which has honored more than 2,800 outstanding educators. Mike and Lori Milken also established the Milken Scholars Program, which to date has supported and provided lifetime mentoring for nearly 500 college-bound students who have significant financial need and have also excelled academically, served their communities and triumphed over major obstacles.

The Milken Institute, a separate organization, includes seven centers that host more than 200 annual events around the world as part of their efforts to increase global prosperity by advancing collaborative solutions that widen access to capital, create jobs and improve health. A wide range of disease-specific research organizations participate in the Institute's FasterCures center, whose mission is to accelerate progress against all life-threatening diseases. Rather than focus on any one disease, FasterCures works to remove barriers to progress in the entire medical research system.

Milken is also chairman of the Prostate Cancer Foundation and one of the founders of the Melanoma Research Alliance. Fortune magazine called him "The Man Who Changed Medicine." His latest initiative, the Milken Institute Center for Advancing the American Dream, currently under construction in Washington, DC, will celebrate achievements of leaders in health and medicine, education, free enterprise, access to capital, entrepreneurship and innovation.

A full biography is at www.mikemilken.com.

Over his 50-year career, Mike Milken's highly successful efforts in medical research, education, veterans programs, aging and public health have had a major positive impact on our society. Fortune called him "The Man Who Changed Medicine." His latest initiative, the Milken Institute Center for the American Dream, celebrates the nation's exceptionalism and free enterprise.

The Milken Institute's FasterCures center, which addresses all life-threatening diseases – along with the Prostate Cancer Foundation (PCF), Melanoma Research Alliance (MRA) and Milken Family Foundation (MFF) with specialized programs in areas like prostate cancer, melanoma and epilepsy – have accelerated medical progress for decades. They have made public and private research more efficient and productive by driving collaboration among researchers, government, industry, philanthropists and patients. 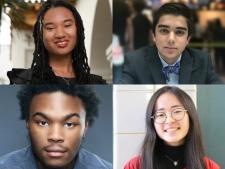