SANTA MONICA, Calif., —The Milken Scholars, a joint initiative of the Milken Institute and the Milken Family Foundation, has chosen six talented students from New York City for its 2018 scholarship program after a rigorous nomination, application and interview process. Open to college-bound high school seniors in New York City, Los Angeles County and Washington, D.C., Milken Scholars are selected based on academic performance, community service, leadership and their ability to persevere in the face of personal challenges.

"The Milken Scholars Program provides a life-long support network for the best and brightest young minds throughout their academic and professional careers," according to Phyllis and Sidney Bresler and the Robert I. Schattner Foundation, Inc., which helps to sponsor the New York City Milken Scholars. "These young men and women faced adversity most would find crippling, yet persevered and are positioning themselves to be the future leaders in their communities and beyond."

The 2018 New York Milken Scholars are:

Mike and Lori Milken founded the Milken Scholars Program to promote and assist young people as they navigate the transitions from high school to college and from college to graduate school or the world of work. Recipients receive a $10,000 scholarship, but more importantly they gain a lifelong support system that includes ongoing career-related counseling, assistance in securing internships, opportunities for community service and a fund to assist their pursuit of post-undergraduate career goals.

"In the nearly three decades since Lori and I cofounded the Milken Scholars program, these leaders of tomorrow have consistently inspired us by their achievements, leadership and dedication to service," said Milken Institute Chairman Mike Milken. "This year's class of outstanding New York Scholars is no exception. In welcoming them to the Milken Scholars family, we are confident they can change the world."

The New York Milken Scholars will attend a three-day summit this summer in Los Angeles with over 100 Scholars including new recipients, undergraduates and alumni facilitators. The New York City Scholars are: 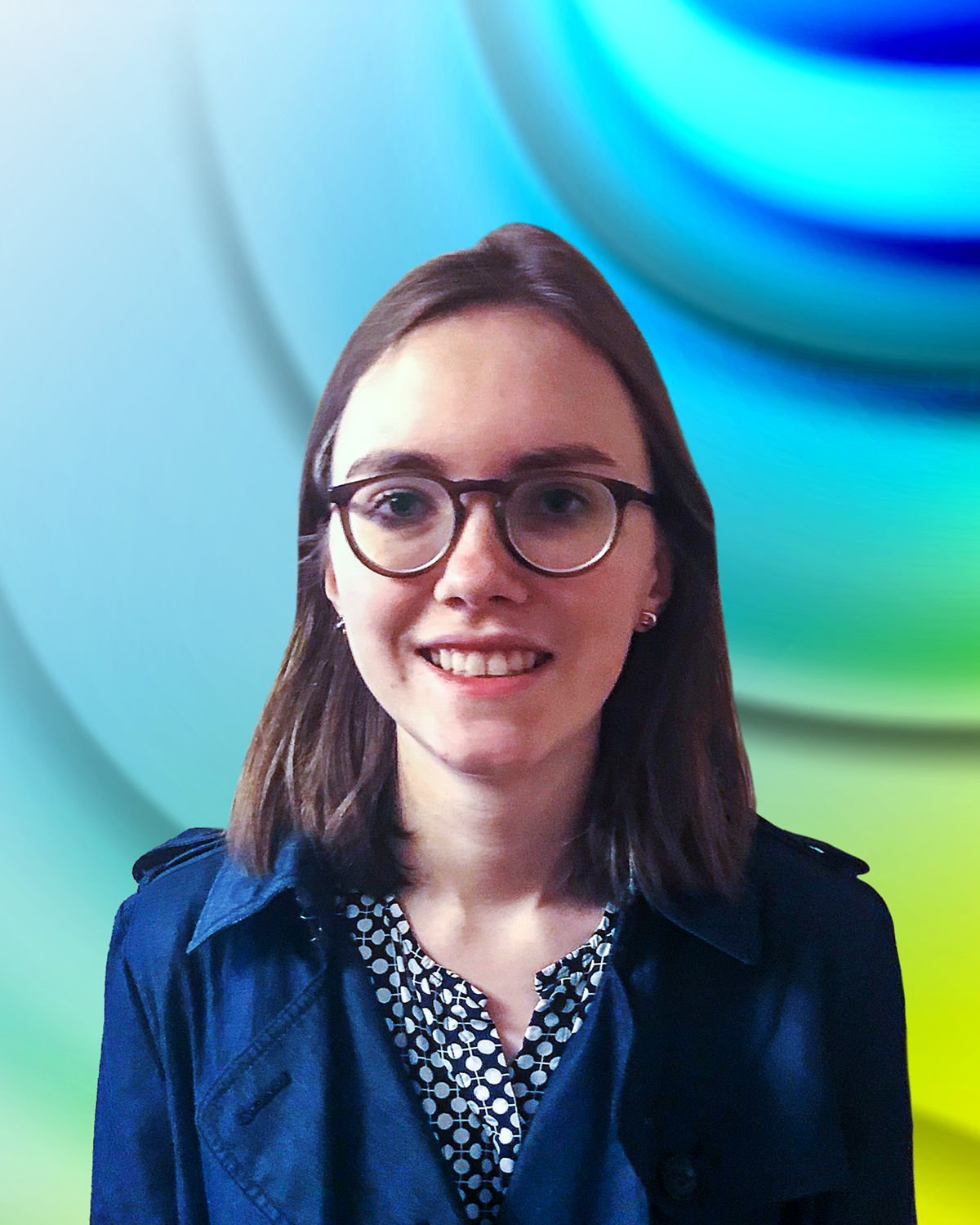 In fourth grade, Caoimhe Boyle first heard about black holes when her sister told her (inaccurately, as it turned out) that her friends and family might be swallowed up by one at any moment. A few years later, Caoimhe read Stephen Hawking's A Brief History of Time—and discovered that not only were black holes less frightening than she initially thought, they were fascinating. Now, whenever she encounters a complex concept, Caoimhe dives in and learns as much about it as she can. Information, she has decided, is power.

A graduate of the Chapin School in New York City, Caoimhe is an AP Scholar with Distinction. As president of Chapin's student government, Caoimhe led weekly assemblies, discussing current events and helping her peers build their public speaking skills by encouraging them to present about unique interests or experiences. She honed her leadership skills with the Interschool Leadership Fellows, which selects 20 students from eight New York City private schools to study leadership theory.

Caoimhe will study math and economics at Princeton and plans a career as an economist working on public policy. 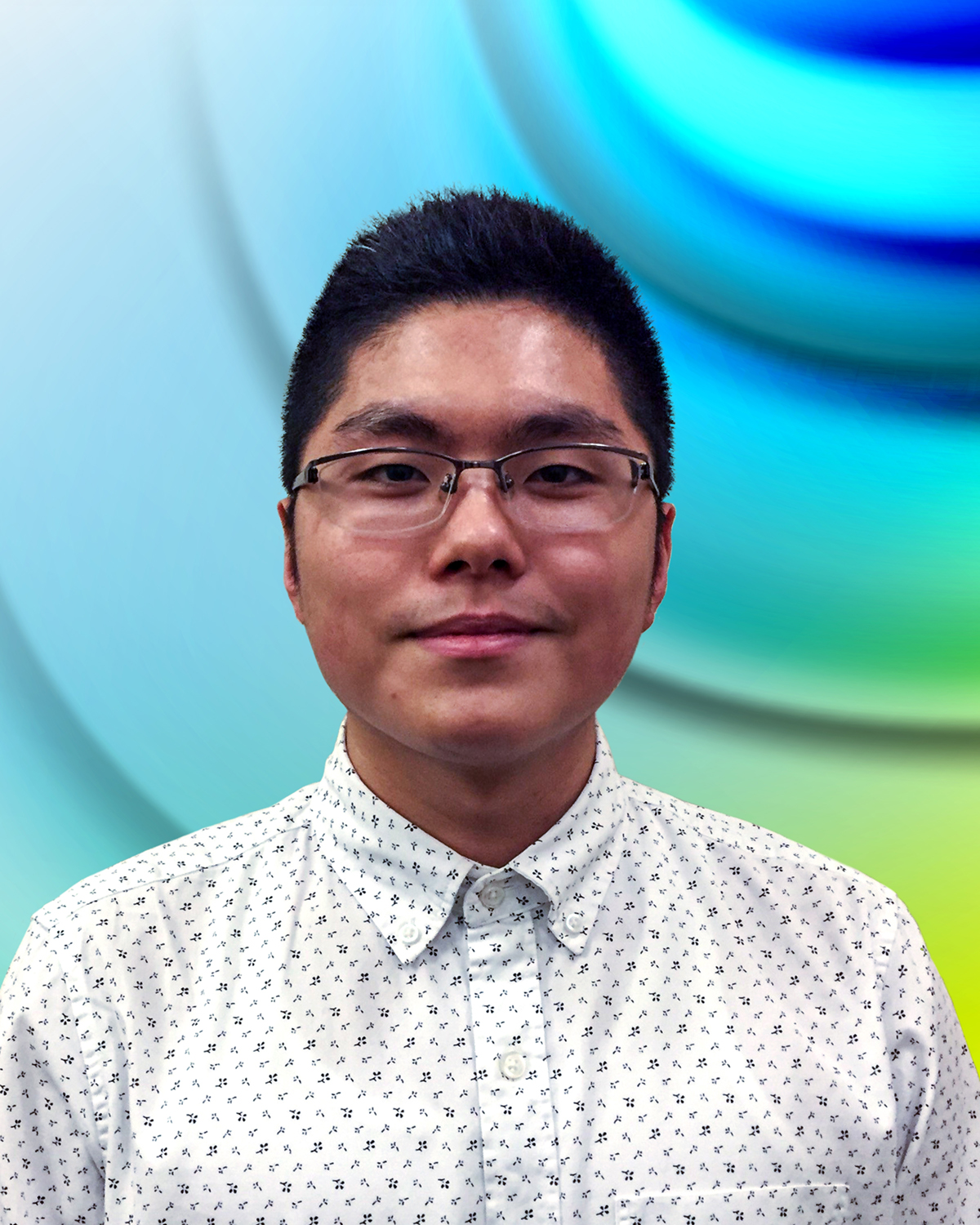 At The Dalton School in New York City, Roy Kim is known as "The Bread Guy." When Roy found out that the school cafeteria was tossing bags of leftover bread and rolls each day, he founded BLTeam, a club to combat food insecurity in the community and reduce food waste at school. Many nights, Roy stays late to rescue leftover food from school events and donate it to organizations like the New York Common Pantry and Bowery Mission; he worked as an intern for Rescuing Leftover Cuisine and plans to partner with local farms and farmers' markets to create a gleaning program at Dalton. BLTeam has donated more than 10,000 sandwiches and grocery items to community organizations that feed the hungry. Roy is working with other Dalton students to make sure the program continues after he graduates.

Roy is a QuestBridge Finalist and National Merit Scholarship Semifinalist. For Habitat for Humanity, he has built houses, painted, and created community gardens in both New York and New Orleans; he also organized a faculty basketball game to raise funds for the organization. Roy was the managing editor for Daltonian, the school newspaper, and worked as a counselor at the school's summer basketball camp. He provided technology assistance to senior citizens with the Generations Club, serves as a missionary and youth leader for his church, and has been a leader and drummer for the church's Youth Group Praise Team. Roy has traveled to Mexico and Tanzania to perform community service. Inspired by a presentation by the CEO of a large humanitarian organization, Roy is planning to combine his two long-term goals—building an organization from the ground up, and serving his community—by someday creating his own nonprofit.

Roy will study economics and public policy at Princeton and plans a career in public service. 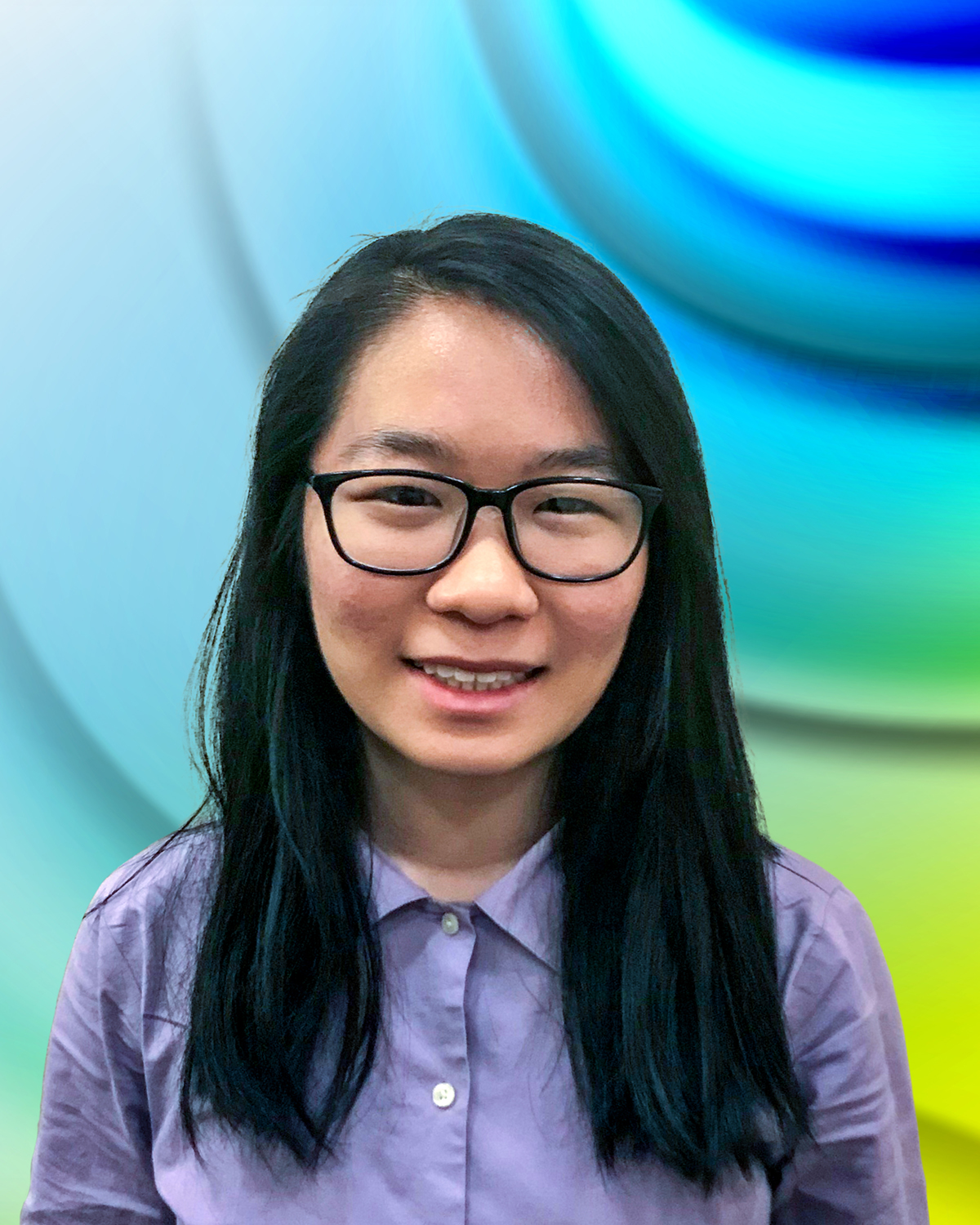 Karen Li is a woman of action. When famine struck in Yemen, Somalia, South Sudan and Nigeria, she co-founded Stand Against Starvation (SAS) to raise awareness of the issue. Karen and other students at Brooklyn Technical High School (BTHS) invited International Rescue Committee, an organization focused on helping those affected by war and famine, to talk about food insecurity in South Sudan; SAS sells wristbands to raise funds for the group. As president of BTHS's Do Something Club, Karen encouraged her peers to take action and help the community; the group collected and donated more than 300 pairs of jeans for homeless teens and distributed cards with uplifting messages to Muslim students during Ramadan.

Karen will study political science and global affairs at Yale and plans a career in public service. 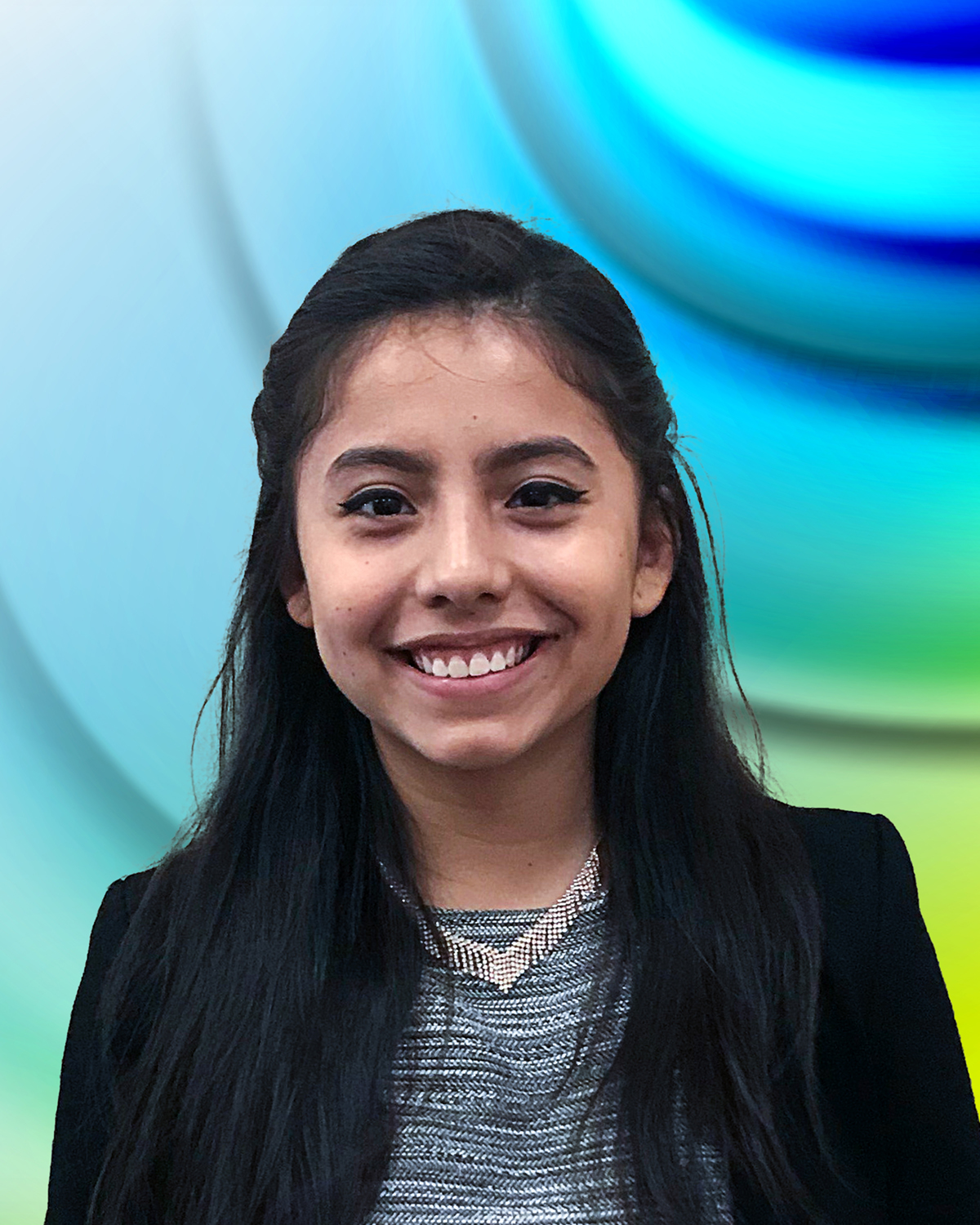 For four years, Josselyn Navas has participated in Townsend Harris High School's Festival of Nations, a multicultural dance performance at the New York City school. Now the lead choreographer and instructor for the festival's Hispanic group, where she teaches her peers to salsa and merengue, Josselyn has also joined in Korean and Punjabi performances, eager to absorb the festive dances of fellow students' cultures. She has developed a strong interest in the Sikh religion and Punjabi culture, emceeing fundraising events and performing on the bhangra dance team for the Sikh Student Association. Josselyn dove even more deeply into Sikh culture over the summer by volunteering at the Gurdwara Sikh Cultural Society, where she took Sikh camp classes in exchange for preparing and serving lunch.

Every morning, after her parents leave for work, Josselyn accompanies her brother, nine years her junior, to school. Even with a packed schedule of academics and extracurricular activities, Josselyn considers the time with her brother the most meaningful of her many commitments. She also tutors younger students in math and science, contributing part of her earnings to her brother's child care expenses.

Josselyn will study economics at the University of Chicago and is planning a career in public policy. 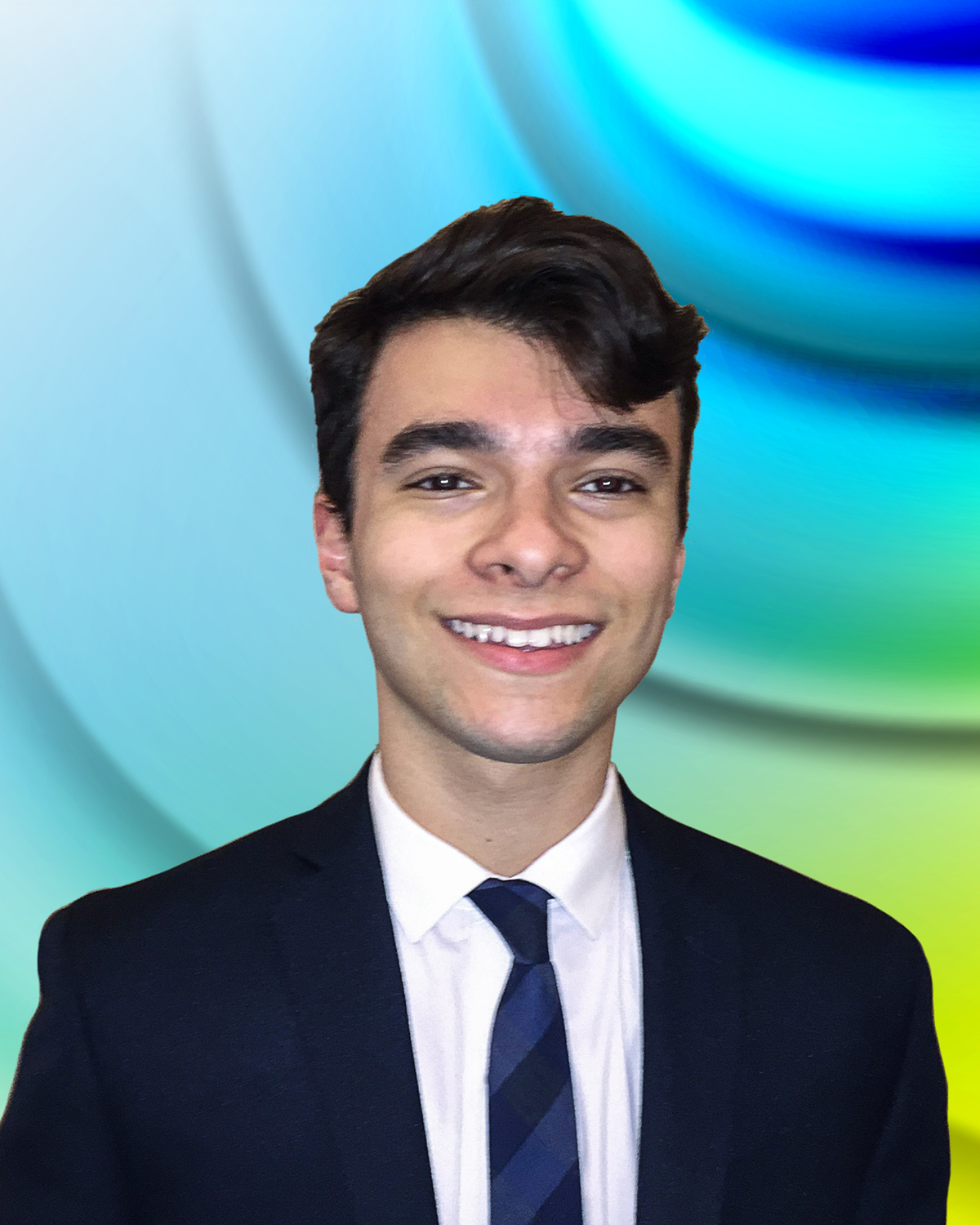 As an intern at the American Museum of Natural History, Regis High School student Angelo Osofsky led tours for camp groups and visiting families on the history of diseases and vaccines, looking at global health crises like malaria, smallpox and Zika. Visiting restricted departments gave Angelo access to experts in mammalogy, marine biology, astrophysics and cultural anthropology—a thrill for the aspiring doctor. But the most satisfying moment of Angelo's internship was the day he captured the attention of a young visitor who claimed to hate science. After Angelo's enthusiastic presentation, the boy's mother had to drag her fascinated child away from the marine vertebrate fossils.

A skilled debater, Angelo is ranked 12th in New York State; has placed in the top 16 in the Harvard, Yale and Princeton Invitationals; and was a quarter-finalist at this year's New York State Debate Championship. He competes nearly every weekend with the school's Hearn Speech & Debate Society, judging at tournaments up and down the East Coast and coaching underclassmen.

Angelo is a mentor for the REACH Program, working with socially and economically disadvantaged middle schoolers hoping to attend a Jesuit high school. He has taught classes and built houses at the Working Boys Center in Quito, Ecuador. Angelo plays lead trumpet for the Regis Repertory, performing for pit orchestras, jazz bands, the glee club, and school masses, and leading rehearsals and lessons for younger students. He worked as an intern at Mount Sinai Hospital, studied ocean science with a marine biologist in Belize, and served as president of the Aquatic Science Club, waking up before dawn to vacuum the gravel or quarantine sick fish in the school's fish tank.

Angelo will study developmental and regenerative biology at Harvard to prepare for a career in medicine. 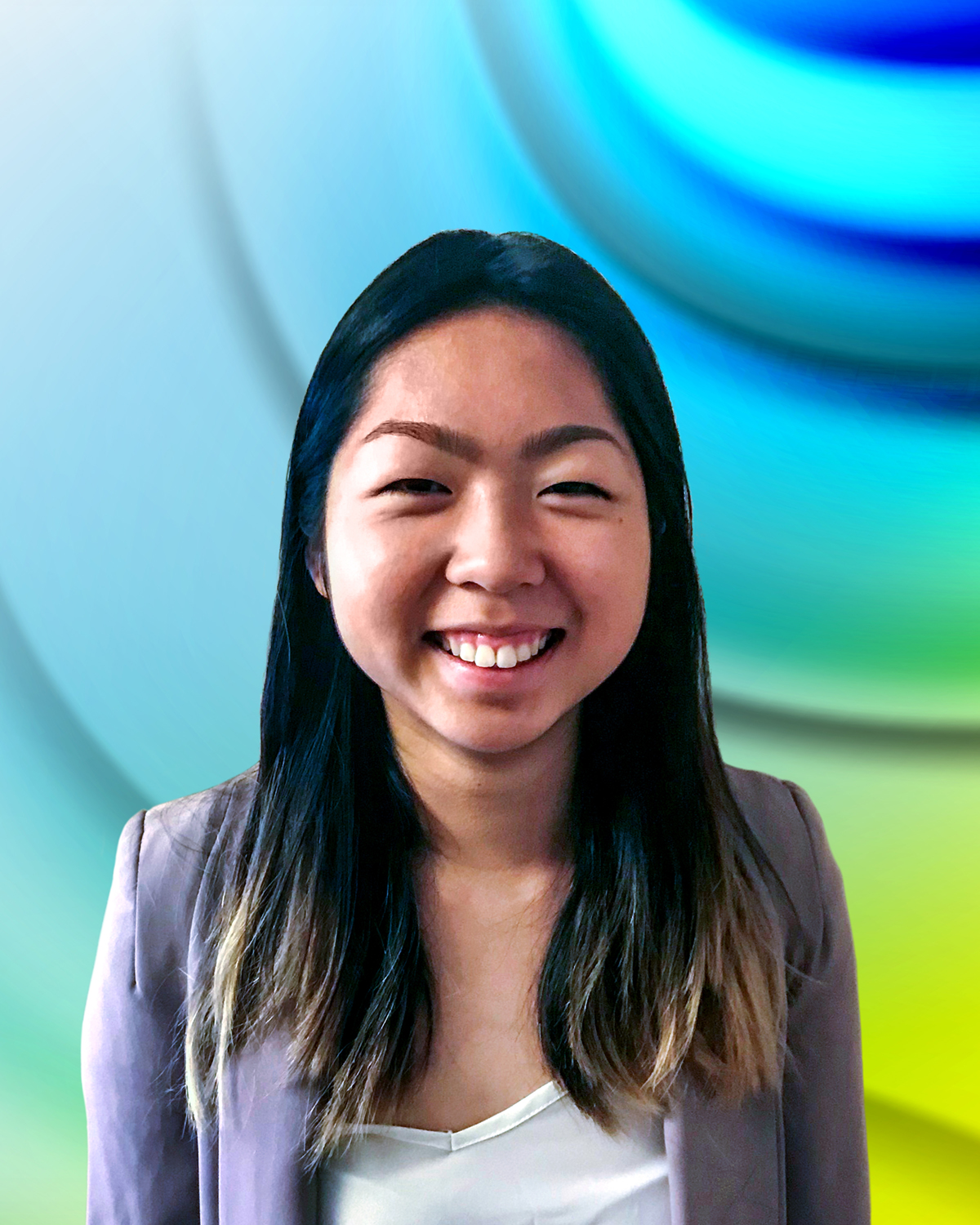 Joyce, an AP Scholar with Honor and National Merit Finalist, belongs to the National Honor Society and National Chinese Honor Society. The captain of Stuyvesant's cross-country and track teams, she planned the school's first International Women's Day Run. Joyce won the President's Volunteer Service Award for her role as executive director of StuyHacks, a biannual hackathon designed to introduce middle and high school students to computer science; under her leadership the event attracted 200 attendees and raised $10,000 from sponsors.

Joyce put her creative skills to work as a communications intern for the YMCA's Teen Career Connection program, writing and designing weekly newsletters and redesigning the program's website. She worked on the planning committee for the Brooklyn Art Museum's 300-attendee Teen Night, helped with design workshops for children in the Cooper Hewitt Smithsonian Art Museum Scholars Program, and created public service announcements and documentaries as a junior media fellow for the Downtown Community Television Center.

Joyce will study visual arts and computer science at Yale and plans a career as a software engineer.

About the Milken Scholars
Michael and Lori Milken founded the Milken Scholars in 1989 to honor exceptional young men and women who have demonstrated the potential to make a profound difference in the world. Scholars are chosen while high school seniors on the basis of distinguished academic performance, school and community service, leadership, and evidence of having overcome personal and social obstacles. Milken Scholars receive financial assistance plus a strong support system of resources and networks during their academic and professional careers.

As of 2018, more than 400 Milken Scholars have been selected from over 175 high schools in Los Angeles County, New York City and Washington, D.C. Milken Scholars embody a variety of ages, backgrounds, and academic and professional interests, and represent elite colleges and universities in the country. Nearly one-third were born outside the United States and three-quarters have parents originating from 67 countries. Nearly half were the first in their family to attend college.

Throughout their college careers, Scholars are in regular communication with Scholars staff and each other. They meet with Foundation staff and mentors during campus visits and special events, including an annual Summit that provides guidance and insights through speakers, panels and activities. These resources create a setting that propels these exceptional youth into a position where they can achieve their personal, academic and professional goals and, in the process, become lifelong leaders for a better world.

For more information about the Milken Scholars Program, visit www.MilkenScholars.org.