SANTA MONICA, Calif., —The Milken Scholars, a joint initiative of the Milken Institute and the Milken Family Foundation, has chosen two talented students from Washington, D.C. for its 2021 scholarship program after a rigorous nomination, application and interview process.

"The Milken Scholars Program provides recipients not only scholarship funds for college, but also mentoring and a lifelong community of professional support," said Simone Friedman of EJF Philanthropies, which sponsors the D.C. Milken Scholars. "We are glad to continue our partnership with this program and the future leaders it nurtures."

Mike Milken and his wife Lori founded the Milken Scholars Program in 1989 to promote and assist young people as they navigate the transitions from high school to college and from college to graduate school or the world of work. Recipients receive a $10,000 scholarship, but more importantly they gain a lifelong support system that includes ongoing career-related counseling, assistance in securing internships, opportunities for community service, and a fund to assist their pursuit of post-undergraduate career goals.

"For more than three decades, the Milken Scholars have inspired us with their achievements, leadership and dedication to community service," said Mike Milken. "At this difficult time for our nation, we know that they—like all the Scholars over the years—will be Lifelong Leaders for a Better World. Whether they become doctors, research scientists, educators, entrepreneurs or diplomats, the common denominator of Milken Scholars is a genuine sense of service."

Because of COVID-19, instead of attending an in-person summit in Los Angeles, the DC Milken Scholars will attend a three-day online summit starting July 23, 2021, along with over 100 Scholars including new Scholars from New York City and Los Angeles County, undergraduates and alumni facilitators. 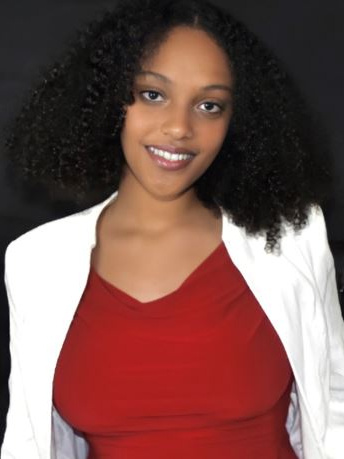 When Momona Hadish was young, her parents told her about girls in their native Ethiopia who couldn't attend school for lack of money and supplies. The stories stuck with Momona. Years later, she developed a pen pal relationship with Zayid, a girl her age in the Tigray region. Momona raised $500 for Zayid's education, hoping the funds would allow Zayid to focus on her studies without worrying about food, entrance fees or school supplies. Momona's efforts paid off: Zayid was accepted to Ethiopia's most prestigious high school. Inspired, Momona created I Have A Sister (IHAS), which supports girls' education in rural Ethiopia. IHAS earned Momona the Panelists Choice Award from LearnServe International, which helps young people tackle social challenges at home and abroad.

Momona is a graduate of District of Columbia International School (DCI) in Washington, D.C. She is an OSSE (Office of the State Superintendent of Education) Scholar and a Presidential Scholar candidate, and received scholarships from The Hearst Foundations' U.S. Senate Youth Program and the Horatio Alger Foundation. Momona earned the Naval Academy Award for her National History Day research project, won the International Baccalaureate Mid-Atlantic Student Excellence Award, and received the Sitar Arts Center Music Award. As president of the National Honor Society, Momona planned community service projects and ensured a smooth transition to the next generation of DCI leaders. She served as president of student government, planning protests against gun violence and representing students' needs with administration during distance learning. As manager of the DCI Student-Staff Advisory Committee, Momona helped implement new grading policies and facilitated panel discussions with teachers and community members.

Momona will study international relations and political science at Yale and plans a career in politics and diplomacy. 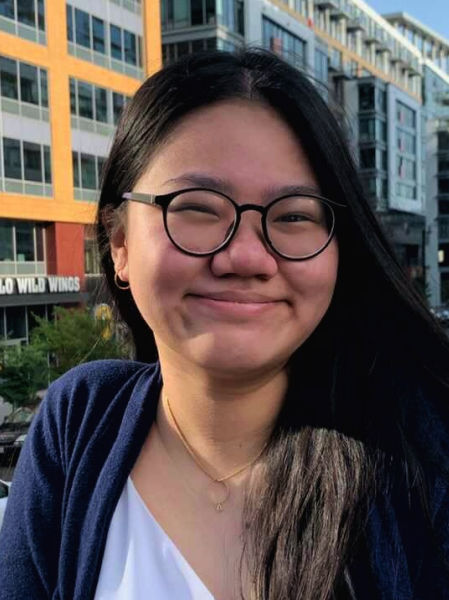 Throughout her years at School Without Walls Senior High School (SWW) in Washington, D.C., the Asian Culture Club has connected Jennifer Le to her Vietnamese heritage. As the club's secretary, Jennifer has helped create a safe place where the school's Asian students fold paper penguins (the school's mascot), discuss "tiger parenting" and mental health, and share other personal issues. During COVID, when the group couldn't hold its typical in-person events and online classes often led to Zoom fatigue, Jennifer and other members "met" online for monthly movie nights and created small, tight-knit "family" units, with senior members acting as "parents" to offer advice and guidance to younger students.

Jennifer is a member of the National Honor Society and an APIA (Asian and Pacific Islander Americans) Scholar. She was a finalist for the Gates Scholarship and received the David M. Rubenstein Scholarship from the Economic Club of Washington, D.C. One of 12 SWW students selected to participate in George Washington University's (GWU) Early College Program, Jennifer has taken more than a dozen college classes, including chemistry, calculus, Chinese and American Sign Language. Along with her high school diploma, she will graduate with an Associate of Arts from GWU.

As captain of SWW’s FIRST Robotics team, Jennifer planned virtual lessons in robot and game design during the pandemic. She managed SWW's varsity volleyball team, worked with female STEM leaders as a protégé with Girls in Technology, and joined nonprofit ENGin to help Ukrainian students learn English via video chat. Jennifer researched local businesses and schools as a ticket sales intern for GWU Athletics and collected supplies for children in developing countries with Children & Charity International. During the pandemic, Jennifer worked as a digital volunteer for the Smithsonian Transcription Center, where she transcribed historic documents and checked records in the collection for accuracy to increase access to researchers and the public.

Jennifer will study chemistry and cognitive sciences at Yale and is considering a career in art conservation or pharmacy.

About the Milken Scholars

Michael and Lori Milken founded the Milken Scholars in 1989 to honor exceptional young individuals who have demonstrated the potential to make a profound difference in the world. Scholars are chosen while high school seniors on the basis of distinguished academic performance, school and community service, leadership, and evidence of having overcome personal and social obstacles. Milken Scholars receive financial assistance plus a strong support system of resources and networks during their academic and professional careers.

As of 2021, more than 500 Milken Scholars have been selected from nearly 200 high schools in Los Angeles County, New York City and Washington, D.C. Milken Scholars embody a variety of ages, backgrounds, and academic and professional interests, and attend some of the top colleges and universities in the country. Twenty-five percent were born outside the United States and 75 percent have parents originating from 74 countries. Over half were the first in their family to attend college. The class of 2021 is one of the most diverse yet, representing 18 countries spanning North America, Central America, South America, East Africa, Western Europe, Central Europe, Eastern Europe, East Asia, Southeast Asia, and South Asia.

Throughout their college careers, Scholars are in regular communication with Scholars staff and mentors during campus visits and special events, including an annual Summit that provides guidance and insights through speakers, panels and activities. These resources create a setting that propels these exceptional youth into a position where they can achieve their personal, academic and professional goals and, in the process, become Lifelong Leaders for a Better World.

For more interviews or information about the Milken Scholars Program, visit www.MilkenScholars.org. 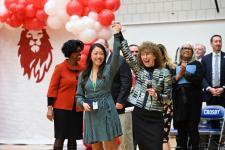