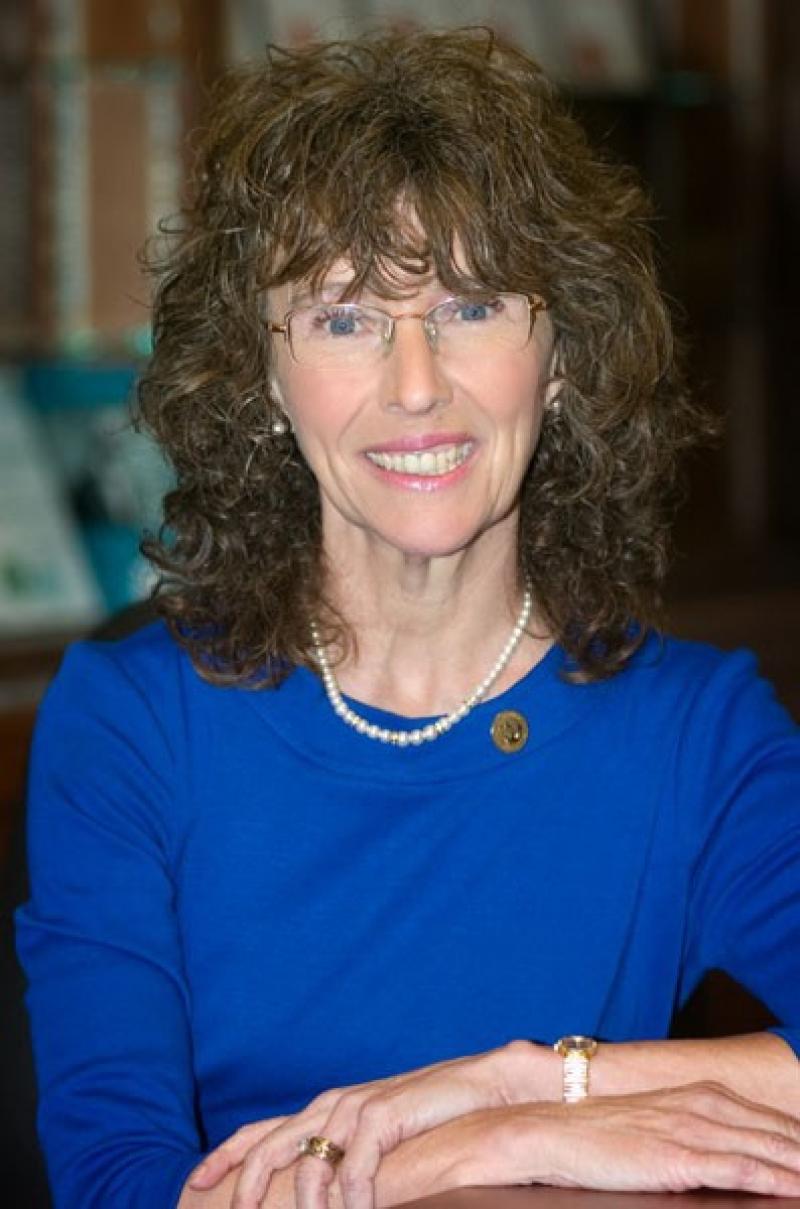 Four years after becoming a Milken Educator, I was invited to join the Milken Family Foundation, partner with Lowell and Mike Milken, Richard Sandler and a team of talented professional staff and lead the Milken Educator Awards. The initial call was a moment frozen in time. As someone who knew from childhood that I wanted to be a teacher and then had an exciting career path from teacher to principal, I also aspired to a role in education that had national impact.

It was a huge leap to move from an elementary principal in Indiana, population 25,000 where we lived, to a national leadership role in Santa Monica with the Foundation. The decision to take the leap was seeing a path that led to an opportunity to give back to the Foundation and to support thousands of talented educators in our network. In reflection, the Award and being hired by the Foundation started as surprises but every day after has been intentional to prove it was the right choice.

September 1994. I was an elementary principal in Indiana. Indiana gave the first Milken Awards in 1993 and I did not know about the Foundation or Award. My district superintendent called to say that the state superintendent was touring the state and going to visit our school, and to be ready for a lot of guests. We had opened as a new school the previous year and were accustomed to visitors and had received a number of recognitions for our school already. I immediately thought, YES, a chance to show our school to the state superintendent.

That day, dignitaries started to arrive—the mayor, university president, chamber of commerce, our state legislator. The state superintendent arrived and asked me to join her at the podium. I was the principal so I was ready. I reached out to shake her hand, acting as the school host. She launched into her remarks, explained the Award and made the announcement. My heart started pounding through my chest. My reaction that day was YES! Our school got another recognition, a national recognition. This was big.

The next day, I realized the state superintendent said the Award was for me. My name would be on the check. It hit like a ton of bricks. I thought, now I really have to do something so I am worthy of this Award. To this day I have this inner voice reminding me that I am a Milken Educator. Anything is possible. And it continues to inspire me to do my part to contribute—every day, every month, every year. 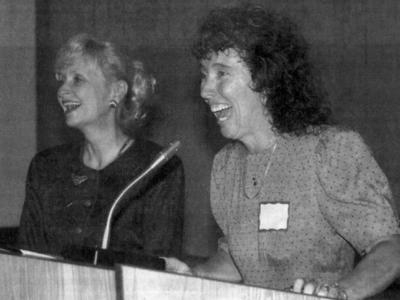 Aside from your own, what were your most memorable notifications?

Close to 400 notifications and every one memorable and unique. What stands out across geography and grade levels are a number of things.

Students. Imagine being in a room where 2,000 students listen attentively to a message about the importance of teachers. They jump to their feet spontaneously to cheer when they hear the name of a teacher they respect, the ground shakes with their stomping and excitement, you see students cry with joy, students swarm to congratulate the recipient. And all this happens without coaching...for a teacher.

Media. I remember a notification in a school in a very dangerous inner-city neighborhood. TV cameras lined the room with reporters that looked bored, irritated because it was early, and mostly hardened to the realities of a lot of days reporting bad news. Thirty minutes later they were giddy with happiness, remembering their own favorite teacher and interviewing a teacher that would make good news, for a change, on their front page or nightly news.

Colleagues. At every school, teachers, office staff and custodians want to relay excitement for their colleague and say, “You couldn’t have picked a better person.” This is because the recipient is someone who has never been recognized, is a valued member of the school, and everyone knows this person stands apart in their excellence.

Dignitaries. After the very first notification where I represented the Foundation in October 1998, the state board president came to me and said, “This is your job?” I smiled and said yes. That was the first.  After nearly 400, I remember each one. They are all powerful, emotional and intense, and my sustaining thought is what an honor to represent Lowell and Mike and the Foundation and have a role in the moment we change a life. 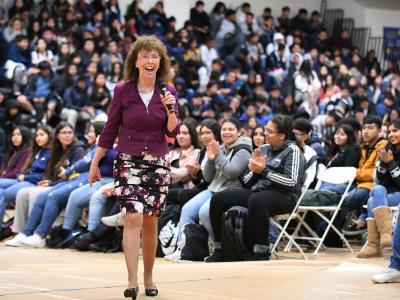 Tell us about the Milken Educator Awards mentoring program.

In 2016, we started a mentoring program that matched one veteran Milken Educator with a new recipient to build collegial relationships, discuss leadership goals, and develop plans and action steps. In 2018, we renamed the mentoring program MFF (Milken Friends Forever) because the relationships between nationally recognized educators were characterized by mutual support and growth.

Last year, we launched a complementary program called Expanding MFF, where any veteran Milken Educator could volunteer to be a resource for any other Milken Educator as they Elevate their instructional practices and Activate their leadership roles. Milken Educators are known as lighthouse examples of excellence. By connecting these points of light, excellence and impact spread and deepen throughout our network and the country.

Three days after the country started pandemic lockdowns in March 2020, we launched MEA Zoom meetings called Solutions and Hope to bring Milken Educators together to discuss learning and leadership in the remote learning world of education. Since that time, over 1,600 Milken Educators have attended, with nearly 90 invited guest speakers. We are encouraged that we could provide an ongoing virtual space for collaboration, professional discourse, emotional support and creative solutions for our Milken Educators as they traversed and led during a historic period where their value and expertise were needed more than ever.

You are deeply involved with the Milken Scholars Program as well, which has a direct impact on helping to prepare talented students to excel and providing them with lifelong support. What do you enjoy most about Scholars?

I have been honored to direct the Milken Scholars Program since 2004. It provides a unique opportunity to build relationships and support a network with age spans from 18 to 50 years old, roots in over 70 countries, attendance at every top university in the country, and careers with leadership roles in law, medicine, engineering, entrepreneurship, business, government, education and more.

It is an emotional, intellectual and professional joy to meet a Scholar when they are finishing high school, hear their dreams for their future and our world, watch their growth into adults and see them emulate over time and geography the four pillars of the Program so inspirationally: scholarship, leadership, service and character. Their early signs of greatness usually shine because of their academic excellence. Over time, they stand apart as models because of their continuing devotion to others and making the world a better place.

The Milken Educator Awards change the life of every recipient and open the world of education to them. Because of the Award, Milken Educators can dream big. Because of the motto of the Milken Award, “The future belongs to the educated,” dreams come true every day across this country in classrooms, schools and communities. My greatest wish is the mission to source and honor the unsung heroes of education will continue, our recipients realize the singular value of their calling to education, that our Award brings appreciation and respect to the work of educators, and more and more young people take up the challenge and adventure of teaching.